I am currently in the third trimester of my second pregnancy, so I was at my doctor’s office waiting to be called in while flipping through parenting magazines. Suddenly my phone began to vibrate. I took the phone out of my pocket and saw an email from Omega Family Global / Surrogates asking me if I wanted to join a group of fabulous women who bring family moments to life while making an extra income. There was a cute picture of a baby and it kind of reminded me of my niece Rebecca. At this moment the lady at the front desk called me in for my appointment. I put the phone in my pocket and headed towards the examination room. 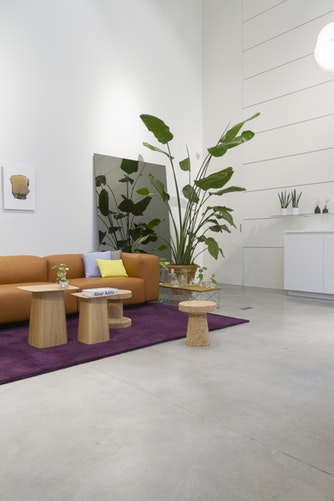 Asking my doctor about Surrogacy

As the doctor checked me, I told her about the email and asked her about Surrogacy. She seemed happy that I had brought up the subject and told me that there were not many OB/GYNs in the area who work with Surrogates, but that she does. She asked if I was interested in becoming a Surrogate to which I replied that it had never crossed my mind, until I received the email.

She then told me that if I was going to look into Surrogacy that I had to really think of two things:

1   Think of what it would be like if my husband and I were faced with infertility and how we would feel.

2 Although you get paid, a Surrogate’s purpose is to help others achieve family creation.

The appointment was over and as I scheduled the next one, she handed me some information regarding Surrogacy and told me to have a look at the checklist. I got into the car to go pick up my son Ian from Ian from daycare, my husband called to see how my appointment had gone, and I got a call from work saying that a client needed to speak with me urgently. I completely forgot about the checklist.

Getting ready for maternity leave at the office

The next morning as we had breakfast, I got Ian ready for day care and my husband reviewed his daily tech-route. He is a computer tech professional who repairs, programs, and solves all computer problems. We are lucky that his services are in high demand so he can make money either on his own or working for a company directly. All three / four ❤️ of us left the house, I dropped Ian off at day care and headed to work.

Just like it had been when I was pregnant with my son, the company asked me to train someone in what I did so that my work would be taken care of while I was on maternity leave. Jeremy Asher, was the person who had taken over for me with Ian, so he was the logical choice for Megan. Especially during the last months of pregnancy, it was hard to be on the field and, personally, I did not want to be on the field until I had stopped breast feeding Megan. 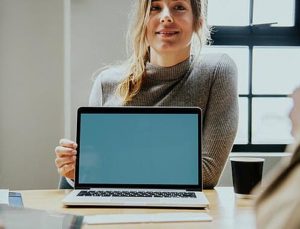 As I headed into the office my boss called me in; she looked pretty excited and wanted tell me something. “I was thinking…” she said as she sat down in her chair, “You will now have two children to take care of now, and I wanted to know your thoughts on working from home.” I was taken aback. I knew I had to talk to my husband, but kept listening intently. She went on, “I was thinking that you could still coordinate clients and providers at home via your computer and telephone. We can cover your home-office costs and Jeremy will be in charge of field inspection.” The meeting ended, and that afternoon I spoke to my husband. The more we talked about it, the more we fell in love with the idea. We had very good technology at home with my husband being in that field, so that was not a problem. It was an opportunity we had to take! I was going to accept the offer tomorrow.

Out of a Job

Two weeks later, at our company’s town hall meeting, we received the news that my boss was to be transferred out-of-state in a month’s time. They introduced the new boss who was to begin transitioning into his new position. The new boss was a young man, and when my boss and I spoke to him about the working-from-home-assistant-initiative he did not buy in. I was to return to work after my maternity leave was over and that was that. I had a feeling that once I had Megan, I was not going to return to the logistics company.

A few days later, I went to my medical checkup with my husband. As the due date grew nearer, he adjusted his schedule to come with me. My doctor mentioned Surrogacy again, and she handed us some research. She had looked into my insurance company and found that it did not cover Surrogacy, but that she knew that Omega Family Global did have insurance policies that would and the best part would be that she could still be my doctor. My husband and I decided to look into it. Without my job, it was going to be hard to keep up with all the costs a new baby brings in.

Surrogacy as a temporary alternative income

Maternity leave began and Megan was born without complications on a warm summer day. Ian was excited about his new lil sister, and life was good. The new boss hired Jeremy as his new assistant, and my old boss said that she was going to try to have me work from home for her. I appreciated that. In the meantime, when I had a little time to myself, I started to look into Surrogacy. This was all new to me, but I soon came to learn that just because you can have a child naturally does not mean that you suddenly can become a Surrogate.

With the help of my doctor, I began a check list and researched each requirement to see if my becoming a Surrogate would work for our family.

Applying to become a Surrogate

My husband and I made the decision that I would become a Surrogate, so I resigned to the logistics company and completed the application form. Surrogacy will generate a side income that will benefit our family, I will be able to be with the kids, and we will be able to help a family who could not become parents on their own. I have begun my process and am happy to join the Omega Family. Once my kids are older, who knows? Maybe I can start a logistics company myself!